My book Samantha will be available for free in the Kindle store from Tuesday 16th June until Saturday 20th June.

Samantha tells the story of a young girl forced into prostitution in the city of Liverpool. Can Sam’s love for Peter, a man she meets in a nightclub, save her? Or will Sam end her life in the murky waters of Liverpool’s Albert Dock?

I spent the Christmas period with my mum, her partner and my sister in Liverpool. Following a very enjoyable week with my family, I returned to London on Friday 27 December.

As my mum, her Partner and I stood at the pelican crossing outside Liverpool Central station, waiting to cross and make our way to Lime Street in order that I could catch my train back to London, my mum’s partner commented on a sticker affixed to the pelican, advertising the services of escort girls which (my mum added) had been rendered illegible by someone with a thick black marker pen)!

The above incident reminded me of my short story “Samantha”, which tells the story of an upper-class young woman forced into prostitution in the city of Liverpool, https://www.amazon.co.uk/dp/B00BL3CNHI/. “Samantha” has received a number of great reviews, including the below 4 star review by Paul S:

“I downloaded this short novel when it was being offered free on Amazon Kindle and I was pleasantly surprised by how good it was. It had a gripping plot, good characterisation and plenty of ‘atmosphere’; things that can be lacking in short stories. I think there may be a couple of formatting issues as I found I had to re-read a couple of paragraphs as they initially seemed out of place, possibly due to a missing carriage return instruction or perhaps because I was reading the story too quickly as I wanted to find out what happened next!
I won’t expand upon the plot as I do not want to create any spoilers but I suggest that you give this short novel a look if you enjoy atmospheric crime thrillers that have an element of romance, a gripping story line, some really nasty villains and a quite dramatic, action packed, climax”. To read the review on Amazon please follow this link, https://www.amazon.co.uk/review/R2YUTS78WBRB01/.

“Samantha tells the story of a young girl forced into prostitution in the city of Liverpool. Can Sam’s love for Peter, a man she meets in a nightclub, save her? Or will Sam end her life in the murky waters of Liverpool’s Albert Dock?” 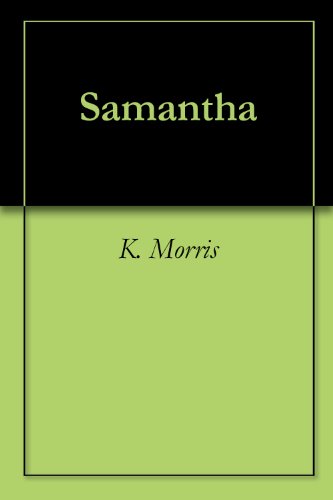 “Tales of the unexpected, ranging from stories of crime and vengeance through to ghostly happenings in an ancient mansion.” 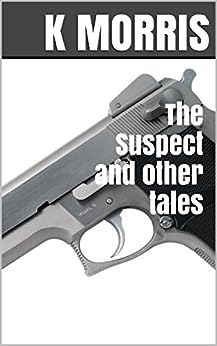 There was a young lady named Samantha
Who bought a baby pet panther.
The creature was cute
And played the flute,
And Samantha, she was a dancer.

There was a young lady named Samantha
Who purchased a baby pet panther.
The creature played on the flute,,
But I never reached the root,
Of what happened to that Samantha . . .

My short story ‘Samantha‘ will be available for free in the Amazon Kindle Store from the 5th – 9th July, here for the UK and here for the US.

“Samantha tells the story of a young girl forced into prostitution in the city of Liverpool. Can Sam’s love for Peter, a man she meets in a nightclub, save her? Or will Sam end her life in the murky waters of Liverpool’s Albert Dock?

My book ‘The Suspect and Other Tales‘ will also be available for free from the 9th – 13th July, here for the UK, and here for the US.

Tales of the unexpected, ranging from stories of crime and vengeance through to ghostly happenings in an ancient mansion.

If you download and read ‘The Suspect’ and ‘Samantha’, please do consider leaving a review on Amazon and/or your website.

I am registered blind which in my case means that I’m not able to read print. I can, however see outlines of objects and I turn the lights on when it is dark otherwise I tend to bang into things! I’m often asked by people who are unfamiliar with visual impairment how I access technology, consequently I thought that the below post might be of interest to people who have had no (or very limited contact) with blind and partially sighted people.

My Sony Vio laptop is equipped with software called Jaws which interprets what is on my PC’s screen and reads it back to me in speech and braille. I don’t use a mouse but rely on keyboard shortcuts some of which are unique to users of the Jaws software. For example in order to bring up a list of links on a webpage I press insert f7. This key combination produces a list of links which I can cursor through. When Jaws reads a link which I wish to activate I press the return/enter key to select it and Jaws reads the webpage. Again in order to bring up a list of headings the Jaws user activates insert F7. He/she is then able to cursor through the list of headings displayed on the webpage. As a child I was taught to touch type using a quirty keyboard which has stood me in good stead when using computers.

The world of technology can be a frustrating one for users of screenreading software such as Jaws. For instance many captchas (the visual puzzles which the PC user must solve in order to send contact forms etc) are inaccessible to Jaws and similar software. Jaws sees an image which it is unable to interpret. Ah there are audible captchas I hear you say. Indeed there are, however many of these are virtually impossible to solve due to the background noise which distorts the words being read. Again some sites do not even employ audio alternatives to visual captchas meaning that visually impaired computer users either give up in frustration or are forced to rely on the assistance of family and friends.

There is a very useful Firefox plug-in known as Webvisum which is designed to make the lives of visually impaired Firefox users much easier. One particularly useful feature of Webvisum is the ability to send a captcha electronically and have it solved. This isn’t 100 percent effective, however it does, in my experience work in the majority of instances. I’ve no idea how the Webvisum plug-in performs this magic trick but it is certainly a godsend for me and other visually impaired people.

One of my passions in life is reading. As a child I devoured braille books and spent hours listening to talking books provided by the RNIB’s Talking Book Library. The problem with braille books is that they are very bulky (The New Oxford Book of English Verse is comprised of 10 braille volumes and takes up quite a bit of space on my bookshelves). In addition only a tiny percentage of books produced in print are available to readers of braille. Talking Books are wonderful but, again only a comparatively small amount of the books available to readers of print make it onto this format.

The introduction of Amazon’s keyboard Kindle has greatly enhanced the ability of the visually impaired to access the same books as their non visually impaired family and friends. By activating the Kindle’s text to speech facility it is possible to have the latest crime thriller read aloud to you.

While things are by no means perfect from the point of view of blind technology users the advent of access software and it’s incorporation into mainstream products such as Apple’s I-Pad (Voiceover) continues to enhance the lives of the visually impaired.