“Poet laureate Amanda Gorman stole the show at Joe Biden’s presidential inauguration on January 20 when she read her powerful poem, The Hill We Climb. Now, it’s being translated into a number of foreign languages — and not without controversy.
Last Friday, Marieke Lucas Rijnveld, the writer chosen to translate Gorman’s work into Dutch, declined to take on the assignment following criticism that she was not Black.” https://www.dw.com/en/amanda-gormans-dutch-translator-steps-down/a-56754197

The world grows ever more insane!

I am delighted to announce that my poem “England On The Eve of World War I”, has been included in “WORLD POETRY PEACEATHON : WORLD POETRY ANTHOLOGY”. Many thanks to Ariadne Sawyer and all those involved in Vancouver Co-Op Radio’s The World Poetry Reading Series.

To read a sample, or to purchase the book, please visit this link, https://www.amazon.ca/dp/B08FZWKY94.

After she departs
To a destination unknown
He texts her phone
With a “thank you”.
The arts may capture
A true
Lover’s rapture.
Or gratitude to an actress, who played
Her part, to perfection, on his stage.

Earlier today, I recorded my poem “The Man with the Mop”:

I have just uploaded four posts to Instagram of my book ‘Light and Shade; serious (and not so serious) poems’. The photographs show me holding the print and Braille editions of my book, whilst others show me stroking my dog, Trigger.

A photo of Kevin Morris holding a Braille copy of his new book ‘Light and Shade: Serious (And not so serious) poems’ #braille #author

A photo of Kevin Morris reading a Braille copy of his new book ‘Light and Shade: Serious (And not so serious) poems’

A photo of Kevin Morris holding a paperback copy of his new book ‘Light and Shade: Serious (And not so serious) poems’

Kevin Morris holding his book ‘Light and Shade: Serious (And not so serious) poems’ with his dog Trigger #guidedogs #braille #paperback #author

Book Description:
Life is full of light and shade. For to be human is to experience joy, beauty, love, pain and laughter. This collection reflects all facets of human experience. hence the title ‘Light and Shade; serious (and not so serious poems)’.

In “A Letter On Justice And Open Debate” https://harpers.org/a-letter-on-justice-and-open-debate/, the authors JK Rowling and Margaret Atwood (amongst many other authors and academics), speak out against what they label as “cancel culture”. They condemn the growing tendency to silence (or attempt to silence) those who express opinions which offend particular groups or individuals. And argue that the best way to deal with views with which one disagrees is by engaging in free and open debate, rather than attempting to silence those expressing such opinions.

The letter has provoked controversy. Take, for example this response from a WordPress blogger:

“there is no such thing as cancel culture. This is fans deciding they do not want to associate with sexist, racist, ableist, bigoted authors/artists/what have you, and deciding to not purchase future works from them.

It is also not censorship because the government is not coming in and forcing these authors to remove their books from store shelves or anything like that. Fans are simply refusing to support these artists anymore. Publishers have that same right. So do booksellers.” (see https://amberskyeforbes.wordpress.com/2020/07/08/cancel-culture/).

Whilst the blogger is correct that the government is not forcing anyone to stop stocking, publishing or buying books and/or expressing certain opinions, the fact that some authors are, for example removing their books from JK Rowling’s publisher is intended to put pressure on said publisher to stop publishing Rowling’s works. The publisher has (quite rightly) not bowed to such pressure. However, where they to do so, this could have the effect of depriving Rowling (or anyone else who expresses a controversial opinion) of their source of income. Sure someone as famous as JK Rowling would, in all probability find another publisher, but what about lesser known writers? In the latter case such people might well be deprived of their source of income. Depriving someone of their (legal) source of income is a big thing to have on one’s conscience is it not?

I do, of course defend the right of people to spend their income as they wish, and withdraw their books from particular publishers, for we live in a free society. However, actively calling for others to boycott the works of particular people (merely because one disagrees with something they have said) can very easily spill over into bullying. Society (or a section of it) does not possess the power to censor and/or ban opinions. It can, however create a climate in which authors (and others) fear opening their mouths in case they offend a particular group or individual. This is a very unhealthy state of affairs.

I have been told by one particular blogger (via a comment on their blog) to “educate myself”, as I expressed an opinion with which they took issue. My readers wont be surprised to learn that my response (had I voiced it, which I did not) would have been unprintable! The blogger in question was, of course perfectly entitled to their opinion (as am I). however telling people to “educate themselves” is not the best way to gain friends and influence people. Such statements come across as arrogant and are not the best way of encouraging free and open debate.

An acquaintence told me that he was thinking of writing a book on HIV/AIDS. The main character in his novel would be gay and HIV positive. However, my acquaintence (not himself being gay) was worried that where he to write his novel he would be castigated for writing about a subject of which he has no (direct) personal experience. Consequently that book will, in all probability never get written.

Of course when one writes or speaks about a subject about which one has no direct experience, one should be sure to do research prior to doing so. However, if someone wants to make a fool of themselves by writing a poorly researched book, or speaking on a subject with little knowledge of said subject, they have the right so to do. Of course we the reader/listner have the perfect right to point out their errors. Indeed it may be our duty to do so. But what neither the state nor society should do is to call for poorly researched books to be banned. Nor should either the state or society prevent people from expressing offensive opinions.

The advocacy of violence to achieve political or other ends is a criminal matter and anyone advocating it’s use should feel the full force of the law. However disagreeing with someone is not violence and its dangerous when people contend that the expression of measured opinion constitutes violence. As someone who is disabled (I am registered blind) I would be offended where someone to say that disabled people have no right to be employed, and that all anti-discrimination legislation should be repealed, leaving it to the discretion of employers whether to employ the disabled. However me finding this view particularly objectionable does not mean that the person expressing it has committed an act of violence. They have not. They have expressed an opinion which, in a democratic society they are perfectly entitled to do, and the best way of me dealing with their perspective is to argue against it. I may feel angry but the person has done no violence to me and I should not hound them on social media, nor should I call for them to be deprived of their source of income.

We live in a liberal society and long may we continue to do so.

I have recently subscribed to the Poetry Foundation’s Audio Poem of the Day. The poem for Monday 6 July is Emily Dickinson’s “I Started Early – Took My Dog”, https://www.poetryfoundation.org/podcasts/75386/i-started-early-took-my-dog-656.

The above could be read as a description of the sexual act. In particular the poem’s ending, “the sea withdrew” does, I think need no further comment from me.

I would, as always be interested in the views of my readers.

An interesting article in The Times, which is, on the whole not very complimentary about Instapoets (I.E. those poets who post on Instagram), https://www.thetimes.co.uk/article/why-instagram-means-poetry-is-going-from-bad-to-verse-d25rc9h3s.

I do (occasionally) post some of my poetry on Instagram and you can find my page here, https://www.instagram.com/kmorrispoet/.

(Please note, The Times is protected by a paywall, which means that you can only read articles if you have a subscription to the newspaper. You can, however register free of charge for 1 month and access content, however after this period your card and/or bank account will be debited, unless you cancel within the period specified on The Time’s website). 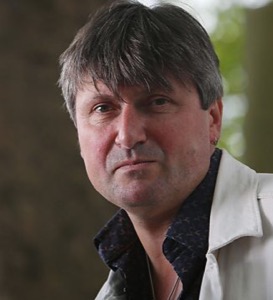 Simon Armitage has been appointed as the UK’s new Poet Laureate, replacing the former holder of that position, Carol Ann Duffy. The Daily Telegraph has an interesting article on the appointment which can be found here, https://www.telegraph.co.uk/news/2019/05/10/xxx/ 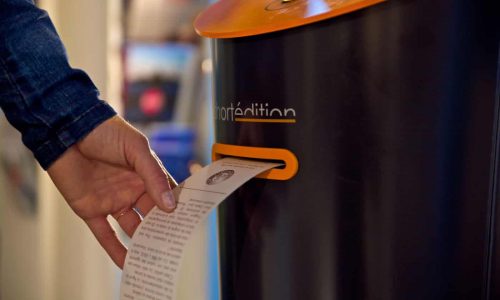 My thanks to the young lady who drew my attention to this article during our chat earlier today,