The past 16 months have been quite something, as many of us have noted, and with everything going on in the world, as well as some personal struggles – including a situation where I ended up moving twice in six months, the second time pretty much from one side of the UK to the other, and the death of a family member I was close to – writing seriously took a backseat.

However, despite everything, and even though if you’d asked me I’d have sworn I was getting no writing done at all, I managed to write some poetry, which I was pleasantly surprised to learn when I added them to the handful of poems I’d written but not yet published pre-pandemic, and sat down to create a book out of what I’d written, actually ended up being enough poems to publish two books rather than just one. Well, I suppose I could have put them all in one, but I wanted to publish the specifically pet-themed poetry separately.

Anyway, it’s amazing how those few moments of scribbling down your thoughts all add up, isn’t it?

So, “Pawfect Pet Poems” and “Born From Stardust And Other Poems” have been made available as eBooks and paperbacks, with audio versions planned for the not-too-distant future.

Details for both titles are below, as well as links to some of the places you can find them. Enjoy! 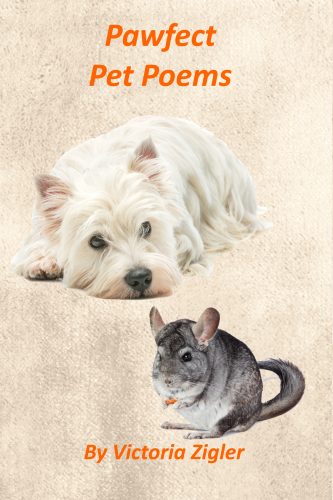 A short collection of poems of various lengths and styles, all with one thing in common: they were written for – or about – some of the various pets my hubby and I have had.

The poems in this collection are mainly about chinchillas and dogs, though other types of animals – in particular degus – sometimes make an appearance too. All poems are captioned with details of the pets they were written for or about.

If you’d like to add “Pawfect Pet Poems” to your Goodreads to-read shelf, you can find the book’s Goodreads page at https://www.goodreads.com/book/show/58130121-pawfect-pet-poems 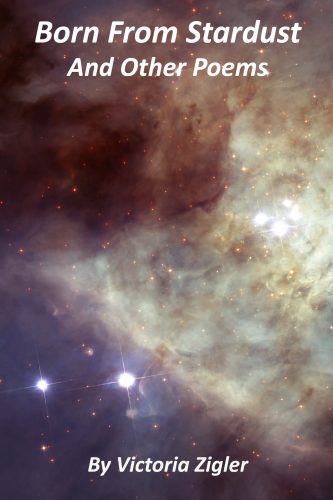 Born From Stardust And Other Poems

A selection of poems of various lengths and styles, exploring a variety of themes and subjects.

Topics explored in the poems that make up this collection include – but are not limited to – animals and nature, writing and creativity, death and grief, as well as the Covid-19 pandemic.

If you’d like to add “Born From Stardust And Other Poems” to your Goodreads to-read shelf, you can find the book’s Goodreads page at https://www.goodreads.com/book/show/58169072-born-from-stardust-and-other-poems

Victoria Zigler is a blind vegan poet and children’s author. Born and raised in the shadow of the Black Mountains of Wales, UK, she moved away from Wales three times: once to spend six months living in Alberta, Canada, the other times to spend a few years living near Hastings on the South-East coast of England, UK, each time returning to Wales. Now she lives in Wales again, along with a chinchilla named Mollie, a West Highland White Terrier named Lilie, a Cavapoo named Logan, a Hermann’s Tortoise named Artemis, and her Canadian husband, Kelly.

Despite spending far too much time in hospital, and eventually losing her sight to Congenital Glaucoma, Victoria – or Tori, if you prefer – has been writing since she knew how, with no plans to stop any time soon. So far she has published 11 poetry books and 46 children’s books. Tori is also a contributor of the sci-fi and fantasy anthology Wyrd Worlds II, as well as the Poetry Treasures anthology. Additionally, her Hermann’s Tortoise, Artemis, was featured in both the Magnificent Pets Coloring Book For Children and the Magnificent Pets Mandala Coloring Book For Adults.

Vegan due to both a love for animals and dairy allergy, as well as an Eclectic Pagan, Tori describes herself as a combination of Hermione Granger and Luna Lovegood from the Harry Potter books: Hermione’s thirst for knowledge and love of books, combined with Luna’s wandering mind and alternative way of looking at the world. She has a wide variety of interests, designed to exercise both the creative and logical sides of her brain, and dabbles in them at random depending on what she feels like doing at any given time, but is most likely to be found playing with her petkids, curled up somewhere with a cup of tea and a book, or trying to keep one step ahead of those pesky typo fairies while writing her own books.

Find Tori’s books on…
Smashwords: https://www.smashwords.com/profile/view/toriz
Amazon: https://www.amazon.co.uk/Victoria-Zigler/e/B00BHS9DQ6/
…Along with a variety of other retailers, such as Audible, iTunes, Kobo, and Barnes & Noble.

I am pleased to publish the below announcement by my author friend, Victoria (Tori) Zigler: 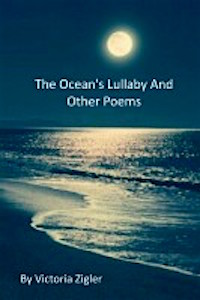 The Ocean’s Lullaby And Other Poems
By Victoria Zigler

“A collection of more than 40 poems of various styles and lengths, many of which have an ocean theme to them.

As well as having an ocean theme in many cases, the poems in this collection explore a variety of other themes, using a variety of different tones; some funny, and others of a more serious nature. Themes include holidays, animals, imagination and creativity, depression and grief, among others; often overlapping with the ocean theme.”

Buy it from Smashwords in multiple eBook formats: