My thanks to Desiree Villena for the below guest post. 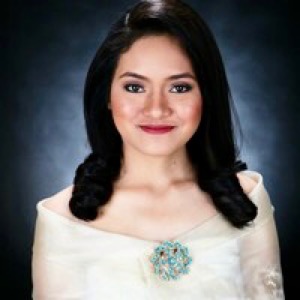 Have you ever heard someone describe rhetorical devices as the salt and pepper of writing? What they mean is that a dash of alliteration or a sprinkle of repetition can add a whole lot of flavor to your words. However, it’s important to remember that rhetorical devices, like seasonings, are best in moderation. That’s why we’re only going to cover five of the strongest rhetorical devices to use in your poetry, paying particular attention to sound and rhythm — a poet’s bread and butter, if you’ll pardon all the metaphors!

1. Rhyme
Being the device most commonly associated with poetry, rhyme has earned itself a bit of a reputation for being elementary. But in my opinion it ain’t a crime to rhyme!

The strictest definition of rhyme is a repetition of sounds in the final stressed syllables and any following syllables of two or more words. It often appears at the end of the line, which gives humorous poems fantastic rhythm, but there are countless ways to dabble in rhyme! You might experiment with placement through internal rhyme (rhyme that occurs within a single line), or play loose and fast with the rules and try half rhyme (oil, foul) or near rhyme (poem, goin’).

If you like a challenge, take on a double or even triple rhyme scheme and you’re bound to get readers tapping their feet! Think Eminem’s Lose Yourself: “Palms are sweaty… arms are heavy / there’s vomit on his sweater already, mom’s spaghetti… calm and ready… ” There’s no way anyone would call him elementary!

In The Raven, Edgar Allen Poe uses both: “And the silken sad uncertain rustling of each purple curtain.” “Silken” and “sad” are alliterative, but with the /s/ sound of “uncertain rustling,” Poe slips into consonance. In case that wasn’t enough, he’s thrown some assonance into the pot, repeating the same vowel sound across “purple curtain.”

Now might be the time to remind you about the danger of too much salt! Alliteration is a very obvious device, so unless you’re Edgar Allen Poe or you’re writing a limerick or cinquain, handle it with restraint!

3. Asyndeton
This one’s super easy. All you have to do is take out conjunctions like ‘or’, ‘and’ or ‘but’ and you’ll have a raging case of asyndeton! Lines of poetry that use this device can either be smooth and elegant, or can create a startling impact by speeding up the rhythm. Take this example from Shaekespeare’s Othello:

Call up her father.
Rouse him. Make after him, Poison his delight,
Proclaim him in the streets.

If you want the reverse effect, slow things down, with polysyndeton instead. This is essentially the opposite of asyndeton — the addition of extra conjunctions — and the steady rhythm it creates can emphasize the ideas in your poem in a number of different ways.

4. Repetition
Poets tend to be wary of repetition: is it lazy writing? Would my poem sound like a children’s book? While there’s good reason to be cautious, a splash of purposeful repetition can enchant readers and pull them into the depth of the poem.

There’s no shortage of examples from poetry, but the use of repetition in the “wild” demonstrates well why it’s so popular among writers. One of the most memorable speeches in history, King’s “I have a dream” speech, used a powerful form of repetition known as anadiplosis — the repetition of the word from the end of one sentence to the beginning of the next. In poetry it looks a little something like this:

I balanced all, brought all to mind,
The years to come seemed waste of breath,
A waste of breath the years behind
In balance with this life, this death.

(An Irish Airman Foresees His Death by W. B. Yeats)

Chaining several instances of anadiplosis together in this way creates an irresistible flow that makes your words impossible for an audience, a judge, or a literary agent to forget!

5. Anthimeria
By now you’ve probably noticed how important sound and rhythm are in poetry, but it can be tricky to perfect them. If you have a line that you’re not satisfied with because it doesn’t quite fit the melody of your poem, or if you really want to use alliteration but you can’t find the right word, you could try a fun linguistic trick known as anthimeria. Simply swap in one part of speech for another — for instance, by using a noun as a verb.

When Millennials use words like “hashtag” a tweet or “Whatsapp” a friend, they’re practicing anthimeria in real time, and they’re in pretty good company. You can hardly read a page of Shakespeare without coming across some new verb hatched out of his brain. His King Lear, for example, complained that “the thunder would not peace” at his bidding!