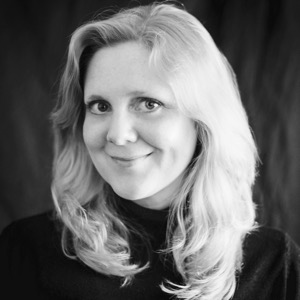 To celebrate the release of new PorterGirl novel, Sinister Dexter, the first book in the PorterGirl trilogy is available on FREE download for five days from Thursday 26th April! 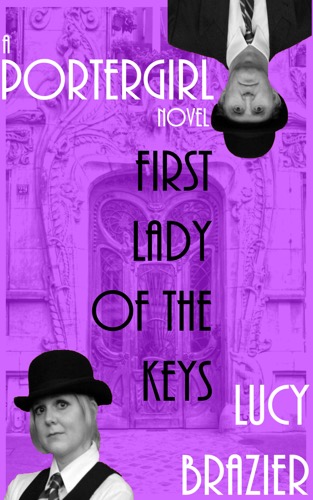 ‘Porters are not the carriers of bags, they are the keepers of keys’

As one of the most ancient and esteemed establishments of the academic elite, Old College is in for something of a shock when it appoints its very first female Deputy Head Porter. She struggles to get to grips with this eccentric world, far removed from everyday life. Deputy Head Porter, the proverbial square peg in the round hole, begins to wonder quite what she is doing here. PorterGirl.

First Lady Of The Keys is a touching, and at times laugh-out-loud funny, glimpse into a world that is usually reserved for the upper echelons of society. Whether she is chasing after naked students, drinking copious amounts of tea or getting embroiled in quaint, polite murders, Deputy Head Porter is never far from adventure.

I am very excited to be here, on the wonderful blog of poet extraordinaire Kevin Morris, to share with you the news that the third book in the PorterGirl series is here! Sinister Dexter takes us once again to Old College, where things are never quite as they seem, even when they are.

After avoiding the murderous intentions of The Vicious Circle in First Lady Of The Keys and risking life and limb to find a priceless missing painting in The Vanishing Lord, our heroine Deputy Head Porter finds herself once again at the centre of strange and macabre goings-on in the notorious Old College.

One of the oldest and most illustrious educational establishments in the country, Old College boats a bloody and turbulent 400 year old history and the arrival of its first female Deputy Head Porter has done little to calm matters. If anything, it’s made them worse.

We join Deputy Head Porter at the beginning of a new academic year where the induction of a new Bursar – the enigmatic Professor Dexter Sinistrov – causes ructions. With his first act of office being to cut the tea and biscuit budget for the Porters’ Lodge, he makes himself instantly unpopular with the bowler-hatted staff within. But it is more his penchant for poisoning people that really concerns Deputy Head Porter. 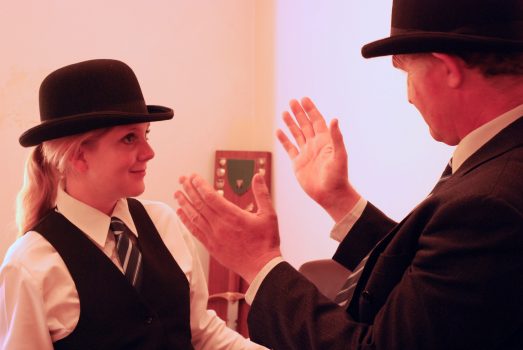 Meanwhile, Head Porter appears to be leading a secret double life and The Dean is convinced that Russian spies are after his job. When two dead bodies turn up at the bottom of the College gardens, Deputy Head Porter is determined that there will not be another College cover-up, even if that does mean begrudgingly working alongside unwelcome outsiders DCI Thompson and DS Kirby. Add to that a wayward College drinking society and an ageing Lothario of a professor and Deputy Head Porter really does have her hands full.

Sometimes the opposite of right isn’t wrong. It’s left.

Tragedy strikes once more at Old College… The Porters’ Lodge is down to its last tea bag and no one has seen a biscuit for over a week. Almost as troubling are the two dead bodies at the bottom of the College gardens and a woman has gone missing. The Dean is convinced that occult machinations are to blame, Deputy Head Porter suspects something closer to home.

The formidable DCI Thompson refuses to be sidelined and a rather unpleasant Professor gets his comeuppance.

As the body count rises, Head Porter tries to live a secret double life and The Dean believes his job is under threat from the Russian Secret Service.

Deputy Head Porter finds herself with her hands full keeping Old College running smoothly as well as defending herself against the sinister intentions of the new Bursar.

Spies, poisoning, murder – and none of this would be any problem at all, if only someone would get the biscuits out and put the kettle on…

This is the third instalment of the world-renowned PorterGirl series set in the ancient and esoteric Old College. Author Lucy Brazier opens the lid on a world which has sinister overtones in this cozy, BritLit mystery.

Secret Diary Of PorterGirl – The Making Of The Book Trailer

Many thanks to Lucy of Secret Diary Of  Porter Girl for her wonderful guest post. Please do check out Lucy’s blog and her book.

Since when did book trailers become a thing? I had not come across them until the release date of my book, Secret Diary Of PorterGirl, loomed ever nearer and people started making mutterings about one. I had previously dipped my toe into the world of moving pictures by making short sketches for the blog with my friend, actor Paul Butterworth. It wasn’t a process I particularly enjoyed, if I’m honest – especially if I was required to be on camera at any time.

But needs must and I gathered together my most trusted and experienced colleagues to scratch our heads about coming up with something suitable. We have previously made numerous music videos and the like, but this was unfamiliar territory. I would be surprised if some of the team had even read a book, you know. However, surrounding myself with the geniuses behind the shadowy and enigmatic Cambridge Underground Orchestra surely had to produce some kind of result. At the very least, the music would be epic.

I am no actress and in truth I would be more comfortable amidst a pit of rancid vipers than I am in front of a camera. But there seemed no avoiding it. The solution? To ensure I had as little screen time as I could get away with and leave all the heavy lifting to the man we know and love as Head Porter, Paul Butterworth. The added bonus was that his son Josh is a film student at Manchester Met Film School and could easily be bullied and bribed into helping us out. Add to the mix an attention-seeking musician or two, a nine year old lighting director and a bit of cross-dressing and all of a sudden we had a cast and crew.

Finding a set was thankfully no problem at all, thanks to the fabulous Templar Antiquities who are happily situated right across the road from our studio. Stuffed to the rafters with period furniture and fittings (not to mention some cool weapons and armour!) we had no problem recreating scenes from Old College past and present. The only down side to this location (if you can indeed call it a downside) is that the dashing American proprietor has an endless supply of very fine wine on site and this did eventually hamper proceedings somewhat. Particularly towards the end of the shoot, when a break-away group of renegade technical assistants (and maybe the Producer. Ahem) set up a small rave back in the studio. Still, there is a lot to be said for drinking fine wine from pewter goblets.

Paul was, as ever, the consummate professional throughout and lived and breathed the part of Head Porter from the moment he put on his bowler hat. In fact, the scene where he is giving our heroine a stern talking to was actually so very uncomfortable for me – such was the realism – that I vowed there and then to only write ‘nice’ scenes between them in future!

There was no avoiding me taking up the role of Deputy Head Porter, but you can also see me acting my socks off as a monk, along with the beautiful lady-friend of the Antiques Shop Owner. We had to be shot from behind, of course, as we look far too feminine from the front to be mediaeval monks. At least I would hope so. Nevertheless, I still see this as my defining moment on screen.

The now-iconic PorterGirl Theme was performed by the aforementioned Cambridge Underground Orchestra and is soon to be available on iTunes. It adds a certain gravitas to the whole production and I rather fear we would be quite lost without it.

I feel that the trailer is very much in keeping with the PorterGirl genre – a combination of expertise, raw talent and wine resulting in something that is just a little bit different to anything else, yet somehow comfortingly familiar. Now, as it is certain that there will be another book, it is also safe to assume that another book trailer will need to be tackled at some point.

So what have we learned from this endeavour?

Musicians are fun yet woefully inefficient crew members. Keep them away from the wine until the final scene.

Professional acting skills are worth their weight in gold.

We really need to find another Deputy Head Porter…