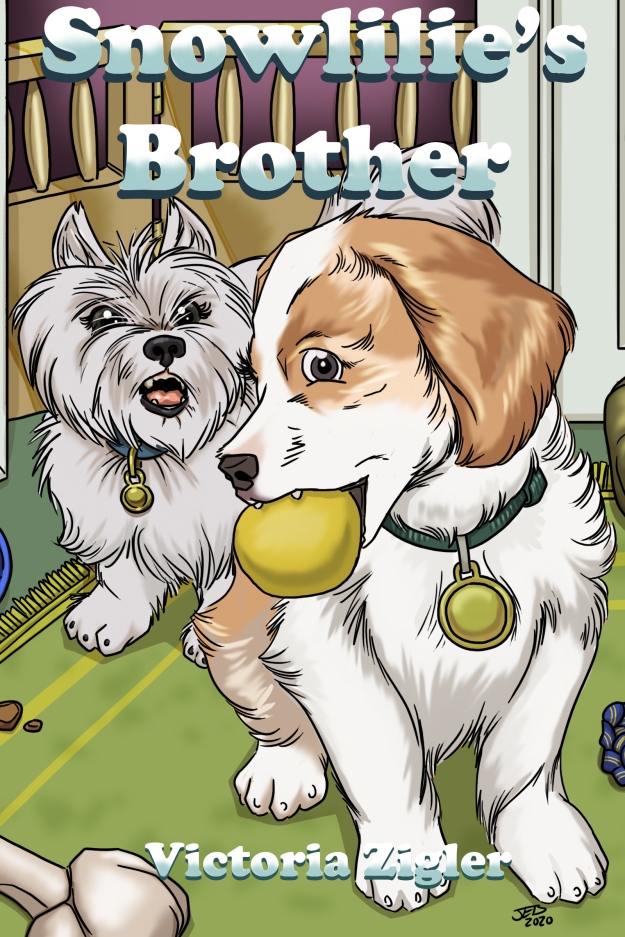 “Getting a little brother is a good thing… Right?

When Snowlilie the West Highland White Terrier first meets her new little brother – a Cavapoo puppy, who tells her the humans call him Rascal – and realizes having a little brother means having a new doggy friend to play with, she’s excited. That is, until she realizes it also means sharing everything with him – including her favourite ball, some of her food, and Mummy and Daddy’s attention.

Available now as an eBook from…

…And other online retailers, such as iBooks, Barnes & Noble, and Kobo.