I had an adventure nun-the-less

Many thanks to Cupitonians for the following excellent post about her experiences in Tanzania. Like Cupitonians, I also attended a religious school, but that is, as they say, another story. 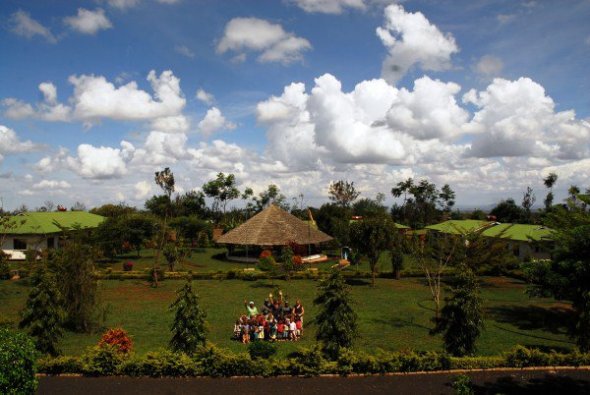 So I landed in Tanzania, not knowing a soul. I was in touch with a contact of a contact. They had never met each other before but you know what they say about leaps of faith and trust. The only thing I did know was that I was meant to meet a nun from the Ursuline congregation. My dad, being the resourceful guy that he is, googled the habit(uniform) of the nun so that I wouldn’t be confused by the hordes of religious people that would haunt the airport. He had a point, any third world country is jam packed with missionaries (read priests and nuns) who are there to alleviate poverty and other religious phrases I’m too lazy to google.

I landed in a bathroom sized airport, grinned from ear to ear because I was finally in a country I had dreamed of being in since I was 7. I was apprehensive. What if my contact wouldn’t be there? I knew no one, knew nothing, had heard horror stories of tourists being taken for a ride and left for near dead. Dread started to fill me but I put my brave face on as I walked out the airport doors, backpack in tow. My fear quickly faded as I spotted the habit of the contact and I quickly walked to her. She hugged me and I was relieved to hear her speak English to me. Contrary to popular belief, English is NOT the first or official language of Tanzania. It’s Swahili.

Stella, that was her name, had lived in Canada for a while and so knew English and was confident and full of stories and questions that kept my mind off the fact that a few minutes after my arrival, I was shoved into a bus with too small seats and a goat under me that kept nipping at my feet. 4 hours later, we reached a beautiful area with a mountain right outside the window of the room they gave me. I watched the palm and banana trees and the sun set brilliantly behind that mountain and I smiled. I didn’t realize Africa could be so green. I already knew it would blow me away.

My dinner was a plate of spaghetti, another thing that took me by surprise. I had no idea that Tanzanians were into pasta. Later on in my trip though, I found out that the Ursuline congregation is an Italian one and no matter the poverty around, the nuns and priests of any congregation always ate well. This was further proved by my breakfast feast of fresh bread and butter and the most amazing cup of black coffee that was ever brewed.

The next day, Stella and her sister bought me a pair of Tanzanian styled clothes that were commonly worn in that area and we set off on another bus journey, this time a 12 hour one through all sorts of sceneries. We finally reached a deserted place that finally looked like the Africa you would see in documentaries. The land was parched and dry, little malnourished kids roamed the streets, caked in mud but in the middle of this, the nuns had created an oasis. Flowers were blooming and well watered, there were beautiful buildings with stained glass dotting the perimeter. The stained glass shadows on the dry earth made it look like we were walking on rainbow streets.

The nuns were all at the road and welcomed me with a song and dance number. This is one of the most shocking things I found in Tanzania. I studied in a convent school and so my idea of nuns was that they were poker faced and strict and that the idea of “fun” was indoctrinated out of them and yet in front of me, their voices came out together in harmony and they moved like their body was moulded to dance.

I spent a 4 -5 months with different religious communities across Tanzania and learnt a lot of things about the religious life.